In recent years netwrap has proven the preferred method of baling when using round balers. It offers many advantages over baler twine which lessen the impact of higher purchase costs over the earlier method.

Every roll of  Tama Round Bale Netting offers all the required essentials for successful and trouble-free baling.

Every roll of Tama Round Bale Netting guarantees all the required essentials for successful and trouble-free baling.

What is the true cost of Netwrap?

How much are you losing… and what is it costing you?

Many Contractors will spend more on Netwrap, over the lifetime of the baler, than on the actual cost of the baler itself.
Why, then, do so few take the time to check?
What is the true cost of a roll of netwrap?

Shorter length rolls or netwrap that is not strong enough can add an extra, un-planned cost to your business. If your chosen roll of netwrap does not deliver the expected number of bales, then more rolls will be needed to compete the baling. Likewise, if you need to add an extra half wrap of net to a bale to hold the crop securely, the additional net per bale will reduce the total number of bales possible from every roll.
All of this adds extra cost to your baling business

BENCHMARK TEST
Over the past 3 years, rolls of netwrap of all lengths and types, from most major manufacturers, were analysed in an accurate benchmarking investigation program. The testing procedure was carried out on a purpose – built testing device, manufactured in accordance with the certified testing design of DLG Test Centre.
The Benchmarking tests were conducted to discover the actual length and strength of many of the popular types of netwrap sold in the market today.

Roll Length
The results showed that more than 60% of ALL rolls tested were LESS than the stated length.

Rolls tested that were LESS than stated length

This means that the price of a roll of netwrap with LESS than the stated length, will COST YOUR BUSINESS MORE.
Shorter length netwrap rolls mean the need to BUY MORE ROLLS.
As the ‘average’ 1.2m x 1.2m silage bale uses approximately 10-12m of net per bale, the result of SHORT LENGTH rolls could mean up to 25 FEWER bales per roll.

Netwrap Strength
The technology of round balers continues to increase, and the denser and much heavier bales put greater pressure on the netwrap used. Benchmarking tests carried out over the past 3-season period clearly showed that many nets nowadays are not strong enough for modern baling techniques.

% of rolls tested that were WEAKER than Tama Premium netwrap

The WEAKER netwrap will require more wraps of net per bale, so
considerably reducing the number of bales possible from each roll.

If you are buying SHORTER LENGTH and WEAKER netwrap…
how much is ‘cheap price’ netwrap really worth ?

When using Round Bale Netwrap, a few moments, must be taken to ensure correct preparation of your machine in order to achieve the best results. The most common problems of net splitting, tearing or fouling on feed rollers arise from the net ‘laddering’, where threads become broken, leading to a running stitch in the net running opposite to the direction of the net, eventually causing the net to separate where the ‘ladder’ has occurred. This can be caused by many different and varying circumstances but will always have the same ‘ladder’ effect.

This is especially important when starting baling after winter storage.

Excessive net friction or an un – even surface will cause the net to tear.

NEVER use an aggressive cleaning agent such as petrol or turpentine to clean rubber roller.

This avoids the net fouling and wrapping around the rollers when feeding in.

The number of round bales possible from any roll of netwrap is dependent on at least three things:

The following table shows the approximate net use on varying sized bales in different crops.
These figures are given as guide and should only be used as an aid to operator usage when baling.

Many modern balers are equipped with a crop pre-cutting device which, when used in silage, can produce bales containing up to 20% more forage than a ’standard’ bale. This significantly increases the bale weight and density, and requires a corresponding increase in the amount of net that is used to hold the bale securely. Consequently, it is recommended that at least an extra 0.5 turns of net is applied to chopped silage bales. Likewise, when baling high density straw, it may also be necessary to increase the number of turns by at least 0.5 per bale to ensure it remains securely wrapped. 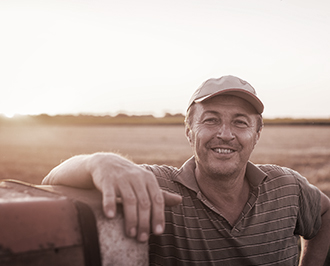 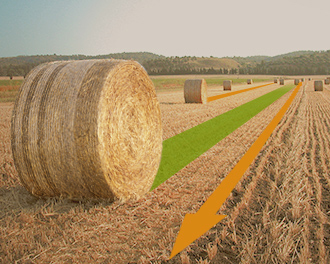 Get your order right Calculate 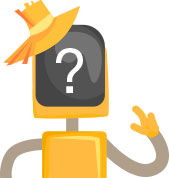 Tama Ireland is a trading name of Tama U.K. Ltd

In order to offer you the best possible service, we store information about your visit in so-called cookies. By using this website you agree to the use of cookies. For further information, please click here..